The Truth About Gluten

The truth about gluten: 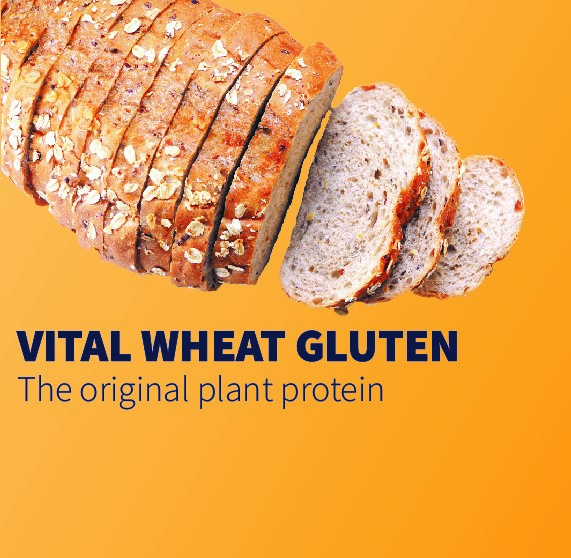 Wheat gluten has had a challenging reputation over the last several years due to confusion among consumers. From fad diets to misinformation, consumers have been trying to figure what to think about gluten. Is it safe? Is it healthy? And what exactly is vital wheat gluten?

Gluten is the naturally occurring protein in wheat. When flour is wetted, the glutenin and gliadin proteins come together to form gluten. The gluten is a natural protein network that gives baked goods their airy texture, but also makes it easy to separate the starch and protein components of wheat flour. As the protein network is formed it naturally stays together as a cohesive dough, allowing the starch to be easily washed away.

Wheat gluten is said to have been used as an ingredient as far back at the sixth century. Historically it was used in noodles and seitan, or wheat meat. Today it is often used in vegetarian meats alternative, baked goods, and snacks.

Manildra first offered gluten to the U.S. market in the 1970s. Our Gem of the West vital wheat gluten is known as a global benchmark for the highest quality and consistency. Today, the gluten/starch plant in Nowra, NSW, Australia is the single largest in the world. 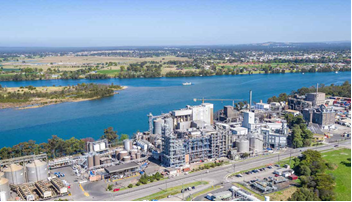 While commercial gluten is made at an industrial scale, the process is simple enough to do by hand.

Step1: Take good quality flour and mix it into development.

As the dough is kneaded the protein forms as a network, staying together as a cohesive dough, and the starch is washed away by water. 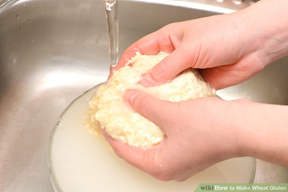 Step2: Run water over the dough piece and knead the starch out.

Result: What you are holding is fresh gluten! 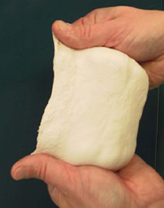 Step 3: The protein (similar to the glutinous dough ball you made) is then gently dried.

A clean, simple process for a highly effective protein. https://manildrausa.com/the-simplicity-of-gluten

Wheat gluten can be a beneficial source of nutrients. Wheat gluten contains about 75 grams of protein per 3.5 ounces, which makes it one of the richest plant protein sources. Adding gluten to bread can give it the extra strength needed to include additional nutrient dense ingredients such as nut, seeds, and other grains.

Studies show that some consumers who avoid gluten due to gastrointestinal issues, rather than celiac disease, may not have a problem with gluten at all. The culprit may actually be fructans, one of many FODMAPs, or short-chained carbohydrates that are not properly absorbed. https://www.monashfodmap.com/about-fodmap-and-ibs/

Wheat gluten is known to build structure and volume in bakery applications, improving tolerance in high speed commercial bakeries. This unique protein we find in wheat is also a great binder, adds protein, and holds high amounts of water. When boosting overall protein in a food with other protein sources, such as whey, soy, or pea proteins, you can use wheat protein to restore that preferred texture and structure.

Wheat protein is an ideal clean label ingredient for optimizing texture through many bakery foods such as pancakes and bread. However, clean labels aren't limited to bakery products. Vital Wheat gluten and wheat protein isolates, such as GemPro HPG, are an excellent alternative for meat products and other novel vegetarian foods.

When you are looking to boost protein, get clean label strength in your dough, or modify the texture of your product, think back to the beauty and simplicity of gluten.